Pratibhashali Vidyarthi Awards 2019: According to media reports, the Gujarat Government will recognize the hard work and efforts put in by the students this Teachers’ Day with Pratibhashali Vidyarthi Awards.Under the new award scheme, Gujarat Government will recognize and honour meritorious students belonging to Classes 5th 80% to 7th who have scored above 75% in the examination.In addition to the students, the Education Department of Gujarat Government has also planned similar awards for Teachers as well, which will be awarded in a formal function held on Teachers’ Day 2020 i.e. 5th September 2020.IMPORTANT LINK:-
CLICK HERE LETTERAccording to the media release, the Government will select students from Class 5th, 6th and 7th, who have scored 75% marks and above in key subjects such as Gujarati, Maths and Science in the annual exams for academic session 2019-20. According to the initial estimates, around 30,878 students have been shortlisted to be awarded Pratibhashali Vidyarthi Awards 2019. In terms of class-wise breakup; the highest number of students to receive the award are from Class 5 i.e. students, followed by students from Class 7 and student from Class 5Gujarat government’s Education department has decided to award ‘Pratibhashali Vidyarthi’ to students who scored 75 per cent or more in classes V, VI and VII on the occasion of Teachers’ day i.e. September 5, 2019. The department will also award teachers on September 5.Students will be awarded for scoring more than 75 per cent in Gujarati, Maths and Science for the year end exams of the academic session 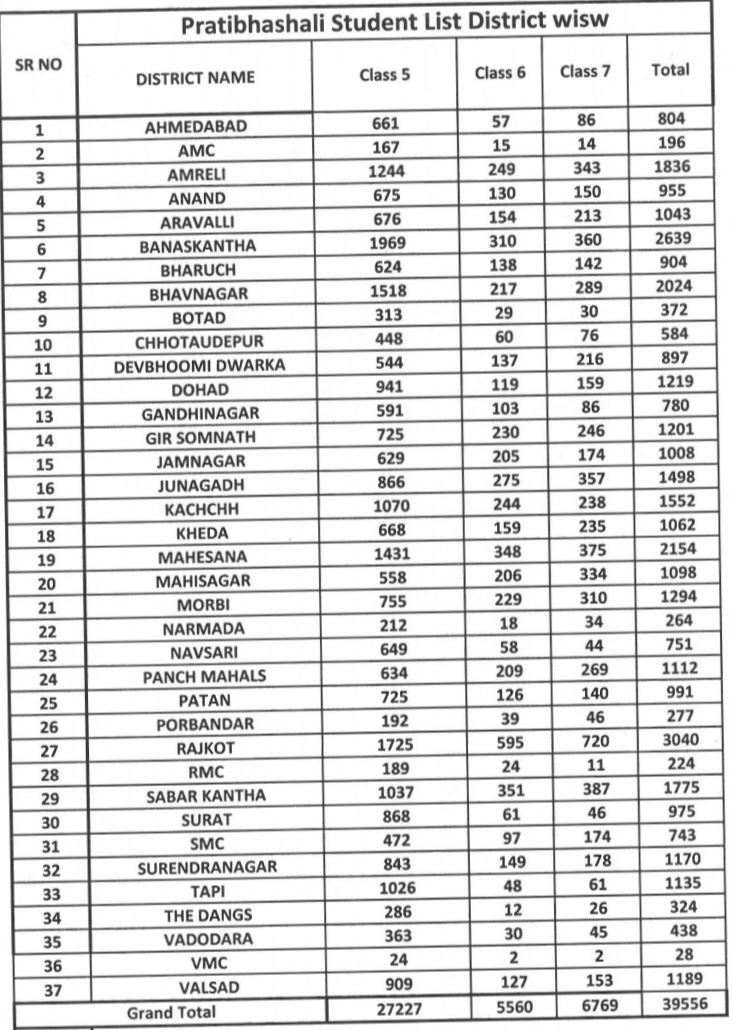